The discovery of the fossils of giants among the stone circles of South Africa has shifted the attention to GIANTS in history and their connection to the stone circle ruins themselves. I have found evidence that the beings that built the stone circles were larger than normal humans today – possibly 3 times as tall.
The main picture shows David Attenborough lying next to a giant creature found in Argentina in 2014 an indication of the size of the creatures of the past.

Below  is a picture of a petrified giant bone knuckle close to me in Waterval Boven, South Africa – in proximity to the Stone Circles. The shaft of the bone was somehow cut, revealing the discoloration of the petrified blood, marrow, fats and other fluids. A very different petrification result to the rest of the bone head. 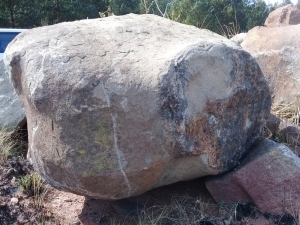 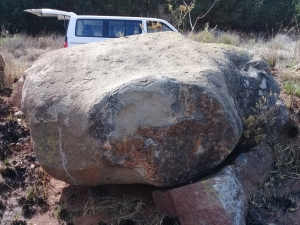 HUMANS – CREATURES & TREES
The Book Of Enoch tells us that the giants were up to 1 mile high (3000 ELS) The evidence of giant fossils in Southern Africa is astonishing and has provided fossil evidence of such giants in many places.
The Stone Circle museum has several hundred fossils of giants and creatures. BUT there were not only GIANT humans in ancient times – but also giant creatures, some with reptilian and dragon-like features that have been found. 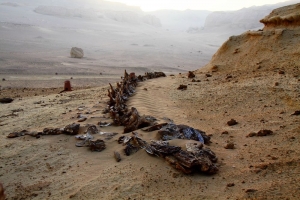 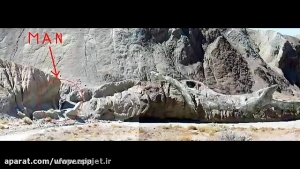 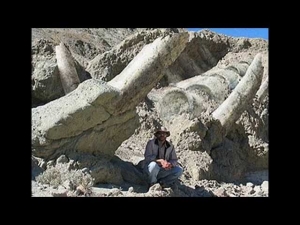 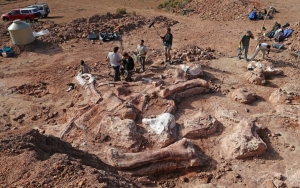 Giant TREES several miles high once covered the Earth – like the tree featured in the AVATAR movie. It is becoming very clear how deeply we have been lied to and manipulated by our so-called authorities about the true history of our Earth. Devil’s Tower in Wyoming is most likely the best example of a giant tree stump – and so the mystery of our past deepens with every door we open. 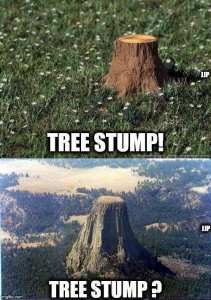 Keep an open mind and do not be afraid of NEW information. Let us embrace the truth bravely. Because if we don’t know who we are and where we are com from – how can we possibly know where we are going as a species. Join the Sacred Sites Adventure Tour 6-22 March 2019 with me Michael Tellinger and Shaman Dean Liprini from Cape Town to see the some of the most mystical and sacred ancient sites in Southern Africa and evidence of Giants in history – Book HERE: http://sacredsitestours.co.za/2019-sacred-sites-adventure-…/