EVERYTHING WE HAVE BEEN TOLD IS A LIE

That we are all born equal

That I was born FREE

That my education will give me knowledge and wisdom

That my university degree would bring me life-long security

That our history books are accurate and true

That we evolved out of apes

I was told that … Fluoride would stop my teeth from rotting

That vaccines would keep me healthy

That the pyramids were tombs for Pharaohs

That the ancient civilisations were primitive

I was told that … Our tap water was safe to drink

The food on the supermarket shelves is healthy

That scientists have it all figured out

That mathematical formulas can explain everything

That atoms are made of subatomic particles

That Gravity was well defined and understood

I believed that … We landed on the moon

That we travelled though the Van Allen Belts

That we returned to the moon several times

That we landed a probe on Mars

That the sun is giant nuclear reactor

That we have a picture of Earth from space

I was told that … Our junk DNA is just useless matter

That nothing moves faster than the speed of light

That cancer cannot be cured

That pills will make me better

That Alexander was Great because he conquered the world;

That Hitler started the war and Churchill was a saint

That we are at the pinnacle of knowledge

That humans are the most advanced species

That Stonehenge was built by men in loin cloths

That a man called Jesus was born 2000 years ago

That our governments are our servants

Our governments are doing the best they can for us

That armies are necessary for our protection

That JFK was shot by a guy called Lee

That William Shakespeare wrote all those great stories

I was told that … Money makes the world go round

That our banks are controlled by our governments

That our money was connected to our gold reserves

That Saddam Hussein was hiding weapons of mass destructions

That Hendrik Verwoerd was killed because of Apartheid

That Gaddafi was a dangerous dictator

That the Bible was the word of God

That millions of people were killed in gas chambers

That gold was necessary for human survival

That mining the planet was part of an advancing civilisation

That industrial development was the driving force behind our human progress

I was told that … Rockets can navigate in space

That there is molten iron at the core of the Earth

That this molten iron gives our Earth its magnetic properties

That magnetism is well understood

I was told that … Banks are respectable institutions

That people need jobs to survive

I was told that … Columbus and others like him were explorers

The Earth moves through space

That every picture shown by NASA was real

That dinosaurs roamed this Earth millions of years ago

That Father Christmas was real… 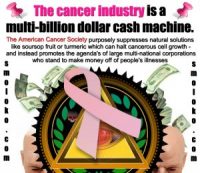 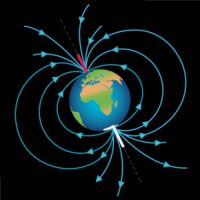 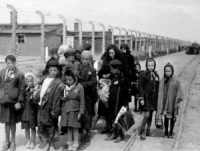 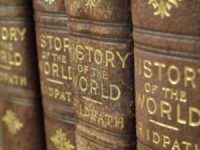 But today, I am not so certain about any of this, any more. What I do know, is that we have been manipulated and lied to for so long that it has become almost impossible to separate the lies from the truth. I realise that the deeper I scratch, the bigger the lies become.

I know that our governments are not our friends or servants, and they serve an invisible master unknown to most of the people alive – covering up some kind of secret and knowledge, that if exposed, would cause them to lose control over the people of the world.

I suspect that it is this secret, which remains viciously guarded by our draconian dictators, that holds the key to our infinite potential as humanity to create anything we choose to.  That we are the creators of our own reality. That this potential and ability has been hidden from us through the lies and manipulations for thousands of years.

So let us not wait another day longer, and let us start creating the kind of world and the kind of reality we want to live in, today.  www.ubuntuplanet.org